All Glory And Honour To Jesus Christ The King 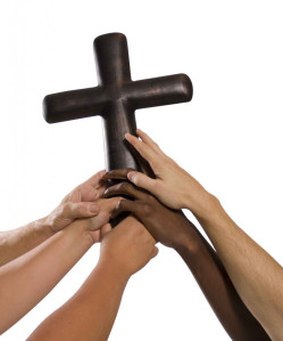 The Church of Carpe Crucis aims to honour the King of Kings, Jesus Christ by recognising His divinity; His sacrifice and resurrection; and living by His Word; by living and walking of His like and type; by following His great commission and paving the way for His Glorious return. Jesus Christ is part of the triune unity that is at once Father, Son and Spirit.

As such, the members of this church are encouraged to be agents of Light in the churches of the Earth, as correctors, reprovers and examples of the way, the truth and the life, by faith in action, by seizing and carrying the Cross, the symbol that our sovereign Lord, Jesus, left behind as our guide and gateway to our own, personal relationship with Our Heavenly Father.

The Church is open to all who surrender themselves fully to His will, who recognise and accept His divinity, authority, grace, compassion and mercy in their lives.


​From experience and inspiration the Church recognises the following:
The Church also recognises and lifts up in thanks and prayer those brave souls that have tirelessly carried the Word and Truth of the Lord, our God, the God of Jacob and Isaac, the God of Israel, the Lion of Judah, El Shaddai, Creator of Heaven and Earth.

Luke 18 v7:8 "And shall not God avenge his own elect, which cry day and night unto him, though he bear long with them? I tell you that he will avenge them speedily. Nevertheless when the Son of man cometh, shall he find faith on the earth?"

Our prayer is that He will find faith in us. Amen.

Jeremiah 25 v34 "Howl, shepherds, cry aloud, sprinkle yourselves with ashes, you masters of the flock. It is your turn to go to the slaughter, and you shall fall like fine rams."
Vision 2020

The vision for the Church of Carpe Crucis in this year, prayerfully according to the will of God, is one of shaking the foundations of the prisons, the spiritual bondage of the saints in the churches throughout the world. May this be done in Jesus's name, for His glory alone.

Much love to you all, without let or hindrance. Amen.

In a world rocked by Covid, political unrest and polarisation of public opinion, The Church of Carpe Crucis presses further in with a vision of fire and an unmasking of demonic powers, such as Jezebel, Beelzebub and Baal. Our God is an all consuming fire to all that which opposes Him.

Hebrews 12 v25:29 "See to it that you do not refuse Him who speaks. For if the people did not escape when they refused Him who warned them on earth, how much less will we escape if we reject Him who warns us from heaven? At that time His voice shook the earth, but now He has promised, “Once more I will shake not only the earth, but heaven as well.” The words “Once more” signify the removal of what can be shaken—that is, created things—so that the unshakable may remain. Therefore, since we are receiving an unshakable kingdom, let us be filled with gratitude, and so worship God acceptably with reverence and awe. “For our God is a consuming fire.”"

With this in mind and in view, we press on with the commission regardless of the hostility or ignorance directed towards the message, as this truly is the spirit of Antichrist in the world, rather we are Watchman according to Ezekiel 33, speaking a message of warning and fulfillment in the Fourth Angel message to the world. In particular, it is of the nation of New Zealand that this message is to be spoken of. Included in this is also the Church's declaration of war against the whole earth.
​
Cross 365

A year of making a cross a day and distributing them as the Lord leads, for His glory.